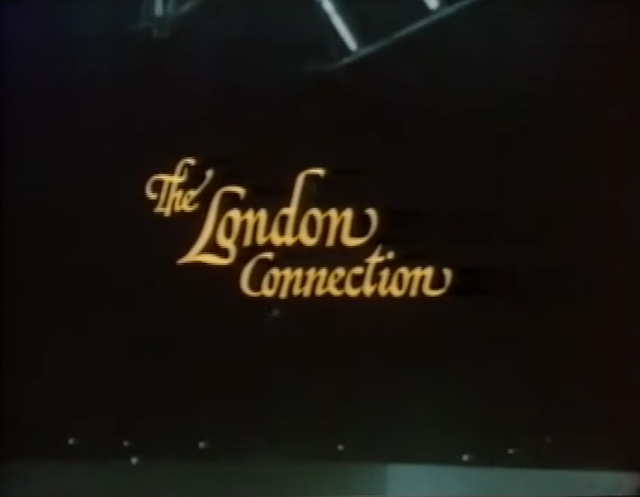 This is a very fun movie.   Jeffery Byron plays Luther Starling, an American secret agent on a vacation visiting his friend Roger Pike (Larry Cedar) in London.   While on the way to Roger's Aunt Lydia's home, they witness Professor Buchinski (David Kossoff) being kidnapped.    The rest of the movie is about Luther and Roger trying to find the Professor, and trying to capture the spy ring "Omega" who kidnapped the Professor, for his secret energy formula.  This movie has the typical Disney chase scenes; the two bumbling British agents, who are always getting their car destroyed, and cool spy gadgets.   The London Connection is a very fun Disney spy film.
Post a Comment
Read more 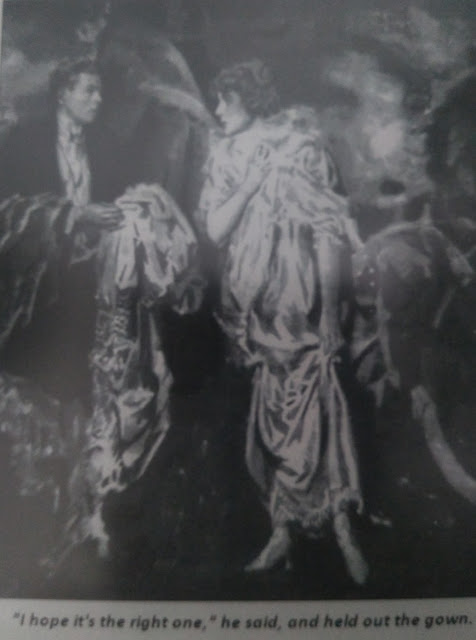 Love Insurance 1914   Love Insurance is a pretty good book.  When Loyds of London gives Lord Allen Harrowby a five-thousand dollar insurance policy, insuring that his fiance (Cynthia Meyrick) will marry him; Loyds sends Dick Minot, to ensure that nothing will happen to call off the wedding.  On the train there Minot meets a lady and is smitten with her, only to find out later that she is Lord Harrowby's fiance.  The rest of the book is about Minot working to insure that nothing happens to call off the wedding so Loyds won't loose the money, even thought he's in love with Cynthia.  Of course it isn't so easy, because everything that possibly could happen to call off the wedding happens.  I liked this book, I did think it was a little slow in places. I still enjoyed it though, and it reminded me of a 1930s romantic comedy movie.
Post a Comment
Read more 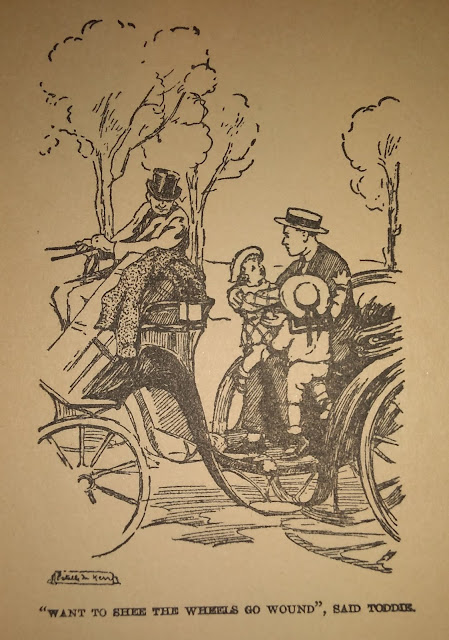 Helen's Babies 1876   This book is a classic.  When bachelor Harry Barton can't decide were to spend a couple weeks vacation, he gets a letter from his sister asking him to stay at their home to keep an eye on her two "darling" little boys, while she and her husband are away visiting friends.  He agrees, thinking it will be a good time to catch up on some reading.  He soon discovers he won't be getting much reading done when he meets his two nephews, five year old Budge and three year old Toddie, or as some people call them, the Imps.   The rest of the book is about Harry caring for his nephews and the mischief they get into; and Harry going from thinking his nephews are little brats to little angles, when they "help" him with courting Alice Mayton, a lady he has been admiring for a year, who hasn't noticed him at all.    Helen's Babies is a very cute romantic-comedy novel.
Post a Comment
Read more 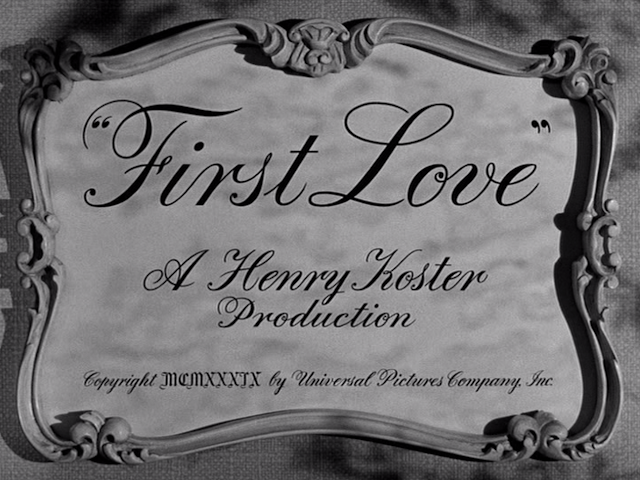 This is a really cute modern day version of Cinderella .  Constance "Connie" Harding (Deanna Durbin) is a penniless orphan girl who's just graduated from boarding school, She is sent to live with her wealthy Uncle James Clinton (Eugene Pallette) (who paid for her to go to school) and his family in New York.  The only friends she has are the servants, her uncle is involved in his work, and ignores his family, her aunt is flighty, her cousin Barbra (Helen Parrish) is bratty and snobbish, and her cousin, Walter (Lewis Howard) is super lazy and cynical.  Connie is excited when the family is invited to a ball given by the socially prominent Drake family.  The only thing she has to wear to the ball is her rather out-of-fashion graduation dress, so the servants secretly buy her a new outfit.  Because of a lie Barbra told, Connie is ordered to to stay home from the ball.  The servants have arranged to detain the her aunt and cousins till midnight, so she can go to the ball, as
6 comments
Read more

This movie is a classic, based on Catherine Marshall's biography of her husband, Peter Marshall.  Richard Todd plays Peter Marshall a Scotsman, who feels called by God to go to America and became a minister.   After graduating Colombia Theological Seminary Peter is given two choices a large church in Atlanta or a small church in Covington, Georgia.  After praying he decides to serve the small church in Covington.  After serving the church in Covington for several years he is called to serve the large church in Atlanta.  The church's congregation is indifferent and it is heavily in debt, but soon Peter's preaching is drawing large crowds, including many students from nearby colleges.  One of those students is Catherine Wood (Jean Peters), a senior at Agnes Scott College.  When Peter invites students from local colleges to speak at a temperance rally for a bunch of rowdy teenagers, Catherine along with students from other colleges are selected to speak at the rally.  Catheri
Post a Comment
Read more

I am doing Inklings again this month, It is a monthly prompt were you post a scene from a book or movie using the months prompt.   The prompt for March is a scene with a mirror in a book or movie.     It is hosted by Along the Brandywine. http://ladyofanorien.blogspot.com/2021/03/inklings-march-2021.html?m=0#comment-form  I decided to do a scene from one of my favorite movies, The Happiest Millionaire, with tomboy Cordy Biddle (Lesley Ann Warren) standing in front of a mirror wondering if "a boy is meant to spar with, or gaze at a star with," in the song "Valentine Candy."
Post a Comment
Read more 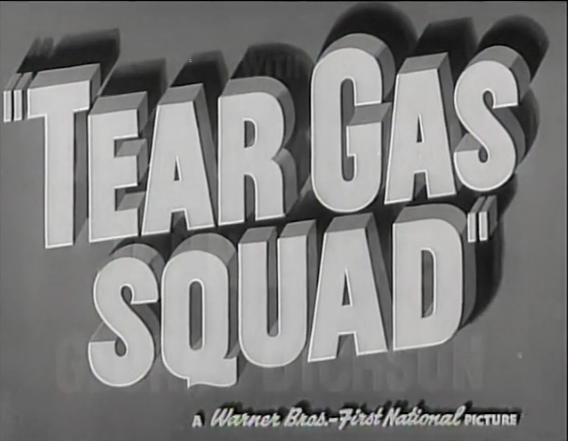 This is a very fun movie about Irish-American police officers.  Dennis Morgan plays Tommy McCabe an arrogant nightclub singer who has a low opinion of the police force and is always making fun of them. An act of his is a song making fun of the police called "I'm an Officer of the Law."  He meets Jerry Sullivan (Gloria Dickson) at the nightclub  (and acts like a jerk), she dislikes him, but he wants her to go on a date with him, so she invites him to her home for dinner.    When he arrives at her home much to his chagrin he discoverers that her Father and cousins are on the police force, and they don't think much of him from what Jerry has told them.  Jerry asks Tommy to sing "I'm an Officer of the Law" knowing her family won't like it.  Much to her annoyance he instead sings "When Irish Eyes are Smiling" and wins them over.    Her family asks him to sing another song, and he sings "You, You Darlin;'" and Jerry starts to sof
Post a Comment
Read more
More posts

Johanna
I enjoy reading old books and watching old movies, and talking about them.